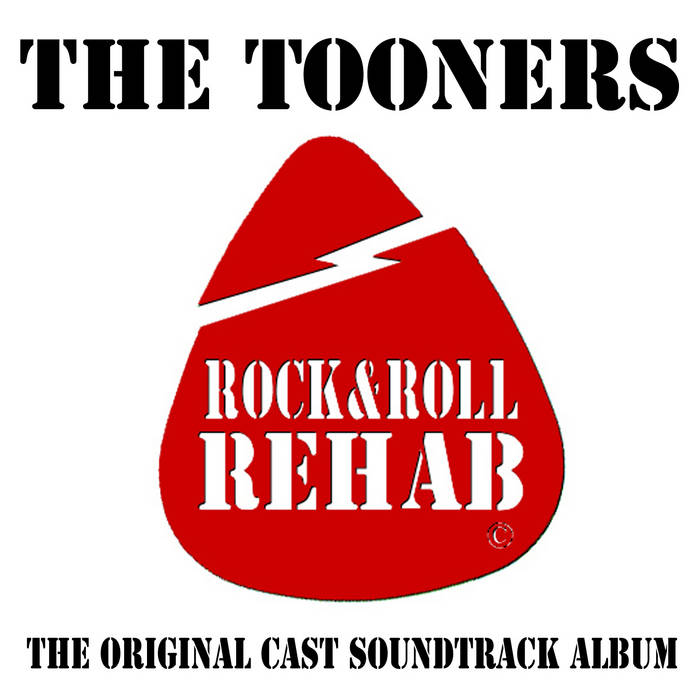 Featuring original Neo-Classic Rock & Roll and fully animated music videos ... aimed at musicians & fans who have wasted their lives chasing the Rock & Roll dream . . . and are glad they did.

In celebration of the tenth anniversary of the L.A.- based Rock band The Tooners’ live multimedia stage show, Rock & Roll Rehab, the original cast recording will be released on Friday, July 23, 2021. Rock & Roll Rehab, a satirical visit to a meeting of a fictional self-help group for people who feel that they’ve wasted their lives chasing the Rock & Roll dream, was previewed in 2011 at the Universal Bar & Grill in Universal City before premiering in January of 2012 at the historic Hayworth Theater on Wilshire Blvd. in Los Angeles for an extended run.

Ten of the original songs from the show, performed by the L.A.-based band, The Tooners, are included on the soundtrack album and were originally recorded on four of The Tooners’ previous CDs with one song, Mass Murder Man, from the band’s original incarnation, Womanizer. From the CD titled Womanizer, the fully animated music video to Mass Murder Man, written and designed by Womanizer member musician and cartoonist, Corey Harris, and featured in the show was also a winner of the Gold Plaque in Music Video at the Chicago International Film Festival. Another video of a song from the Womanizer CD appearing in the Rock & Roll Rehab show, Sexist, was featured in an episode of MTV News with Kurt Loder. The other songs were written by the band members of The Tooners, filmmaker, musician and singer Greg Piper, and musician and animator Neal Warner. Drummer Patrick Meehan also appeared in the show and on the CDs. The title song appearing on the twelve-track CD was written by world-renowned John Lennon tribute artist Tim Piper (Just Imagine, Revolution, A Day In His Life).

The Tooners’ original music videos, as well as the tracks from their half dozen full-length CDs, can be found on Youtube, the Rock N Roll Rehab Blog: thetooners-rocknrollrehab.blogspot.com and The Tooners official website: unsigned-records.com/thetooners/